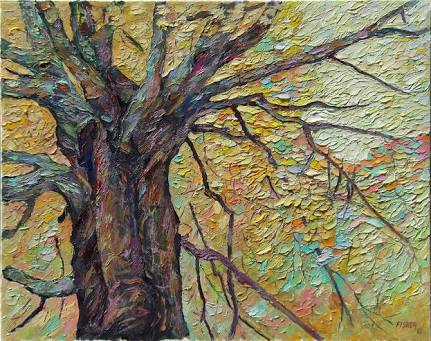 Who isn’t familiar with global warming?

With our everyday rate of media exposure, it is almost impossible for anyone not knowing about the global climate change. We see how local, national, and international-level NGOs such as Greenpeace strive to bring the issue as a public concern, yet most have failed miserably. The way I see it, it is not a matter of networks nor budget limitation that acts as the main cause—it’s a matter of communication. Most environmental activists fail to bring the issue as a public concern because they does not frame it as such. Environmental issues has been framed as something made exclusively for the concern of a specified group only. And so, why should we take such approach as a matter of importance?

There was a lecture that very much inspired me when I was in SOAS—it was on environmental politics with Mark as the conveyer professor. He was focusing particularly on Barry Commoner’s Four Laws of Ecology. It basicaly covers how civilization has been based on human-made environment (technosphere) which goes against the natural environment (biosphere). In the biosphere, everything is connected to everything else. The nature forms networks that makes every single thing in the biosphere, living or not, has a dependant relationship to everything else. A simple example of this would be the existence of a fish, which waste can nurture underwater plants, and in turn provide photosynthesis for ecological balance. It is responsible of its own waste, different than mechanical things that let out its pollutioning waste. The forreign matters disrupt ecological balance, and thus contribute in bringing global climate change. Extreme climate change would only means that human has little or no time to adapt, and would cost us a lot of lives in the process.

I am not going to talk a lot about environment, but rather focusing on how people communicate it. In the lecture, I had finally understood how global climate change is not just a matter of deforestation and increased temperature in several states, but rather on the international risk to human civilization that might make our environment no longer liveable in the next 50 years. That’s how good Mark is—he managed to bring people who had the tendency to see environment as a small issue and frame it in a big scope, making them critical enough to see global climate change as it is. I was so taken in by the lecture that I recently planned my final thesis on framing food sustainability into environmental issues—it will be similar to the concept of food miles in some countries. It also inspired me to plan a master degree in related fields. You would have to listen to the lecture by yourself to know how good it was. And GOD how I was frustrated when I found out later that my recording app failed to record anything at all.

An associate professor of Mark’s came up to me on our summer school closing ceremony (it was only going to pub together, really) and asked me which part I found interested in the lecture. I later found out it was because of my question to Sutha (another conveyer professor) in our previous session whether they have a master degree on environmental politics and the fact that the guy who asked me is one of the professor in charge of the program—Sutha told him of my interest. I was quite unsure of my own answer, because to be truthful, what I found the most interesting was Mark’s way of framing the issue—blame my communication background! He then wished me good luck on my final year and wished that he could see me again in SOAS in a few years.

I went home a couple days afterwards and did tons of research on the topic. I, however, found myself to be attracted more on the communication rather than political aspects. For me, the issue is just too big to be dealt only by a couple of environmental enthusiasts. I later found out that there are several university that offers the interdiciplinary master program focusing on environmental communications. One of it is in the Univeristy of Glasgow—the city of Scrooge McDuck! Call me a fan, but that is PERFECT, like literally destiny! I went to Scotland a couple weeks before, and fell in love with it instantly. I just hope that I can graduate well enough to get a scholarchip to go there. Good luck, me! 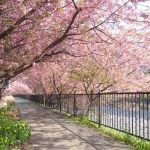 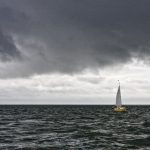 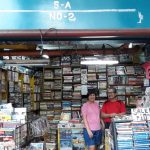 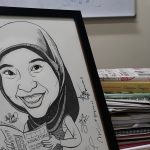